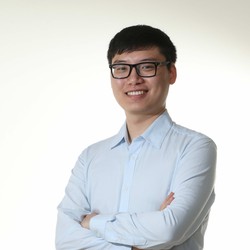 I'm heading the Asia team at Parity, which provides blockchain infrastructure (say Parity Ethereum and Polkadot) for the decentralised Web. I'm selected to the Forbes 30 Under 30 Asia list, 2019. I'm the founder of Advanca/Automata since 2019. I'm also the co-founder of Zilliqa since 2017, the high-throughput blockchain platform with the advances in sharding and multi-signing primitives. My currenct focus is on decentralizing the web in a secure/scalable/incentivized/privacy-preserving manner.

Prior to that, I was CTO and director of Zilliqa. I led the efforts of designing, building and delivering deliver the very first public blockchain platform with full-fledged sharding features including network/transaction/smart contract sharding. Meanwhile, I drived the collaboration with Xfers on the stablecoin initiative for Southeast Asia StraitsX. I also participated in blockchain projects with Mindshare, Singapore Exchange, Hg Exchange, etc.

Before 2018, I was a Research Fellow at the National University of Singapore. I got my Ph.D. in School of Computing at NUS in 2017, under the advisement of LIANG Zhenkai and Prateek Saxena. Before coming to NUS, I obtained my B.S. degree in Computer Science in Huazhong University of Science and Technology in 2012.

My research work has been published in CCS, USENIX Security, PETS, RAID, ESORICS etc. I have received the Best Paper Award in W2SP (2014) and ICECCS (2014). My work got acknowledged by various vendors including Google and Apple (CVE-2014-7948 for Chrome and CVE-2015-5907 for Safari), as well as received attention from the media including Dailydot, Gizmodo and Techspot.

Op Ed: The Many Faces of Sharding for Blockchain Scalability

The “Web/Local” Boundary Is Fuzzy: A Security Study of Chrome’s Process-based Sandboxing